On June 16th, the Bluetooth Special Interest Group (SIG) will be holding one of their regular Discover Blue media events in London.  It is expected they will be announcing details about the next iteration of their wireless standard. The announcement for Bluetooth Version 5 is expected to include better range, higher bandwidth, and expanded broadcast messaging.
While all of the improvements may be applied to home automation and the IoT, the inclusion of expanded broadcast messaging is a newer addition to the announcements and may have the largest impact.  The expanded functionality allows more information to be included in the advertisement packets – essentially allowing devices to share information without pairing with each other.  For example, the additional space and functionality in the announcement packets would allow smartphones to receive information and alerts from a wider range of Bluetooth Version 5 enabled home devices from washing machines to cars.  These announcements could be used for a range of triggers and other activities.
Currently Bluetooth version 4.2 is the latest version available and many of the improvements from version 4.0 could be added through software updates.  This will likely not be the case with version 5.0 and new hardware will be required to take advantage of the new functionality.  Expect to see Bluetooth Version 5 hardware appearing in 2017.  Additionally the SIG has indicated that there are plan to include mesh functionality for Bluetooth at a later date.  The mesh functionality will allow Bluetooth to compete with other low power, long range home automation protocols like Thread, Z-Wave, Zigbee and Insteon.
Bluetooth is a well known and generally well respected player in the personal area network game; by moving more solidly to compete in the IoT/home automation space, it is positioning to compete with or augment some significant competitors.  Where do you see Bluetooth fitting into the ecosystem?  We would love to hear your comments! 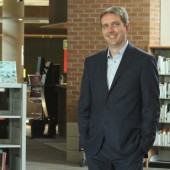 Build Your Own Google Home box!